On Thursday, the Ministry of Environmental Protection announced that officials would close 220 more factories, coal-fired power plants and steel plants in Beijing, as well as in nearby Tianjin city and surrounding Hebei province if air quality is forecast to be poor for any 48-hour period.

Beijing will also ban all forms of construction "if there is very unfavorable weather, and the air quality is forecast to not be up to standard for the next 48 hours," according to the ministry's Web site. Experts said they interpreted this to mean that the emergency plan would begin if Beijing's air pollution index, or API, was forecast to be 100 or more for two days in a row.

Reports also appear in NYTi and WSJ.
Posted by Steve Scolnik at 12:55 AM 1 comment:


The National Weather Service (NWS) has updated its review of the tornado which ripped through New Hampshire last week (July 24). The EF-2 tornado had a path 50 miles long, and the maximum width was over 1/3 of a mile. In an update to his coverage of the 2008 tornado season, The Weather Channel's Dr. Greg Forbes points out that this is the longest tornado track ever observed in New England, exceeding the infamous 1953 Worcester tornado by 4 miles. The longest previous track in New Hampshire was 15 miles (1955).

Video from NECN.
Posted by Steve Scolnik at 6:15 PM No comments:

Sky is Falling! Snow in Sydney!

The global warming denialist blogosphere is undoubtedly salivating, but recent reports of snow in Sydney, Australia have been somewhat premature. Even the Australian press, home to Murdochian sensationalism, is reporting that the Bureau of Meteorology has described the precipitation as "soft hail" and sleet. Soft hail is generally known as snow pellets or graupel in the U.S. Some snow did fall at higher elevations, where such occurrences are not rare.

As far as temperatures are concerned, the lowest temperature this month at Sydney of 5.5°C was not only well above freezing, it was warmer than the low of 3.7°C last July, which was above average at Sydney and across the state of New South Wales as a whole.
Posted by Steve Scolnik at 1:51 PM No comments: 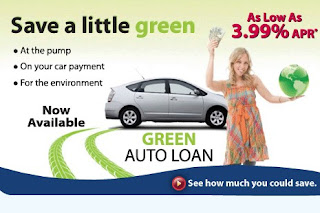 Your new car can be red, white, blue, black, or any other color, but if it is rated at 30 mpg or higher (combined city and highway), MCT Federal Credit Union will give you a ¼% discount on the loan rate. Rates are as low as 3.99% for 36-month terms or less. Eligibility for membership in MCT includes teachers and students of public and private schools in Montgomery County, MD, as well as their families. Employees of over 100 companies and organizations in Montgomery County are also eligible.

Elsewhere around the Beltway, a green discount is also being offered by NIH Federal Credit Union. Their discount is ½% for vehicles getting city mpg of 25 or better.

A search reveals that similar programs are being offered by other credit unions around the country. Among them are:
Posted by Steve Scolnik at 8:18 PM 2 comments:

Today's WaPo notes (via AP report) that 4 senators have called on EPA Administrator Stephen Johnson to resign over allegations that he lied to Congress over the rejection of regulations to limit CO2 emissions: Democrats Urge Head Of EPA To Resign

Other coverage is provided by:
Posted by Steve Scolnik at 5:27 PM No comments: 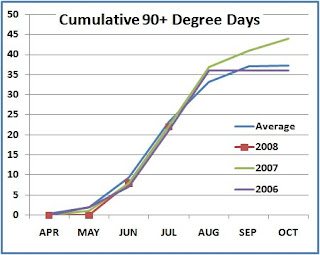 CapitalClimate chart, from NWS data
Posted by Steve Scolnik at 2:00 PM No comments:

Posted by Steve Scolnik at 12:20 PM No comments:

A four-square-kilometre chunk has broken off Ward Hunt Ice Shelf - the largest remaining ice shelf in the Arctic - threatening the future of the giant frozen mass that northern explorers have used for years as the starting point for their treks.

Scientists say the break, the largest on record since 2005, is the latest indication that climate change is forcing the drastic reshaping of the Arctic coastline, where 9,000 square kilometres of ice have been whittled down to less than 1,000 over the past century, and are only showing signs of decreasing further.

The AP and Reuters, and The Canadian Press also have stories on the subject.

Satellite evidence of large cracks in the ice shelf was confirmed in April when a team of scientists and Canadian Rangers observed that the shelf had fractured into three main pieces.
Posted by Steve Scolnik at 9:45 PM No comments: 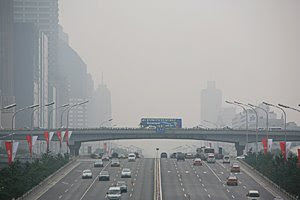 The story of the Environmental Pollution Agency's childish games to cover up its aborted CO2 regulation process continued with a report on Friday buried 18 pages behind the WaPo's ongoing multi-part rehashing of a 7-year-old murder investigation. The WaPo article describes how the EPA provided a peekaboo copy of the Dec. 5 email from the agency to the White House proposing to regulate greenhouse gases under the Clean Air Act. The email was provided only in hard copy and on loan for viewing by 3 Senators and their aides. Excerpts from the document, published on the Energy and Public Works Committee web site, include:

In sum, the Administrator is proposing to find that elevated levels of GHG concentrations may reasonably be anticipated to endanger public welfare.

Meanwhile, EPA Administrator Stephen Johnson has "declined" to testify to multiple Senate committees regarding the interference of the White House in the decision-making process. At a press conference, Sen. Boxer (D-CA) condemned the Administrator's actions.

Climate Progress has more commentary on "Bush's Puppets".
Posted by Steve Scolnik at 1:00 PM No comments: