5 pm Update:Tropical Storm Cristobal's maximum winds have increased slightly to 45 mph. Movement continues to be to the northeast at 7 mph, parallel to the Carolina coast. The current position is about 200 miles southwest of Cape Hatteras. Some strengthening is still expected.

At 2 pm, Tropical Depression 3 was upgraded to Tropical Storm Cristobal, with minimal strength of 40 mph winds. A Tropical Storm Warning is in effect from South Santee River, SC to the North Carolina/Virginia border. Some strengthening is likely in the next couple of days.

NOAA data buoy observations in the vicinity are available here.
Posted by Steve Scolnik at 1:58 PM No comments:

The tropics continue their early-season activity. At 11 pm, Tropical Depression 3 was formed off the South Carolina coast. Rapid development is not likely, but a Tropical Storm Warning has been issued from South Santee River, SC to Cape Hatteras. Maximum winds are currently 30 mph, and some strengthening is forecast in the next 24 hours. This will become Tropical Storm Cristobal if it does develop.
Posted by Steve Scolnik at 11:34 PM No comments: 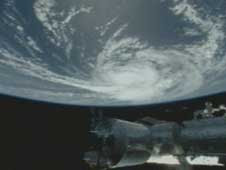 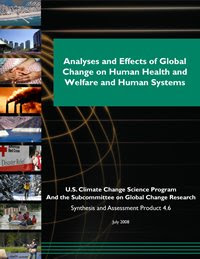 The Administration continues to enhance its legacy of denial and delay with the publication yesterday of an Environmental Pollution Agency report on the human effects of global warming. From the media:

Posted by Steve Scolnik at 4:30 PM No comments:

Bertha Bears Down on Top Ten

As Tropical Storm Bertha continues to move away from land in the Atlantic, the National Hurricane Center (NHC) has pointed out that it could become one of the top 10 longest-lived tropical storms in history if it survives to the weekend. Extracted from the NHC historical database, here are the 10 all-time longest-lived storms (in calendar days) from depression through extratropical stage:

Bertha originally became a tropical depression on July 3. The storm is now located about 450 miles east northeast of Bermuda. After moving southeastward for a while, it's now moving east at a faster rate of 12 mph. Maximum winds are around 60 mph, and little change in strength is expected.

Elsewhere, a low pressure area which has now moved westward into the southeastern Caribbean has shown increased thunderstorm activity, and an aircraft reconnaissance flight was scheduled to investigate it this afternoon.

Closer to home, the stormy area in the northeastern Gulf of Mexico yesterday has moved across Florida and now about 75 miles east of Jacksonville. It has a moderate chance to develop as it drifts slowly northward.
Posted by Steve Scolnik at 4:50 PM No comments:

Stephen Colbert congratulates the Environmental Pollution Agency on its market-based strategy for avoiding its legal responsibilities:

Posted by Steve Scolnik at 4:25 PM No comments:

Described by the National Hurricane Center as a "powerful system with a large wind field", Tropical Storm Bertha continued churning generally eastward in the Atlantic today. Maximum winds are about 70 mph, and the storm has now turned to the southeast at 5 mph from a position about 360 miles northeast of Bermuda. A couple more days of tropical storm status are likely.

Elsewhere, the tropics remain active for this early in the season. A tropical wave which is now about 200 miles east of the Windward Islands has become well organized, and a reconnaissance flight was sent out this afternoon to investigate. At 6 pm, the Hurricane Center issued a Special Tropical Disturbance Statement, which indicated that the system is not yet ready to be classified as a tropical depression, but it could become so in the near future.

Another stormy area, in the southwestern Caribbean, has shown signs of organization, and it could develop further before it moves into Central America tomorrow.

An area of disorganized storm activity over Florida and the northeast Gulf of Mexico is unlikely to develop, but it could bring much-needed drought relief to parts of the Southeast with some locally heavy rains.
Posted by Steve Scolnik at 6:00 PM No comments:

The National Hurricane Center announced this afternoon that Tropical Storm Bertha has set the record for the longest time as a named tropical cyclone during July in the Atlantic. At 12½ days, Bertha has exceeded the 12¼ days for storm #2 in 1916.

Claudette in 1979 originated on July 15 and lasted until July 29, but it was a tropical storm for only 2 brief periods during that time. It did make landfall on the southeast Texas coast, where it caused torrential rains, including a U.S. 24-hour record of 42 inches at Alvin, Texas. The flooding made Claudette the 10th costliest tropical storm in U.S. history up to that time, with damages of $400 million.

Bertha 1996 was also a long-lived storm. It became a tropical storm on the morning of July 5 and was a hurricane from the 7th through the 12th, when it made landfall. It quickly became extratropical, but it retained tropical storm force winds for several more days.

The longest-lived pre-July storm appears to be the would-have-been "B" storm of 1934. It originated in the far western Caribbean on June 4, looped around Central America, the Yucatan, and the Gulf of Mexico, and made landfall as a hurricane on the coast of Louisiana. It then went up the Mississippi and Tennessee valleys, turned east to pass almost directly over the Washington, DC area and went back off the New Jersey coast and over Long Island and Cape Cod. Including the extratopical phase, it lasted 17½ days.

Although conditions have been favorable for intensification, Bertha remains a tropical storm with maximum winds of about 70 mph. It continues to move away from Bermuda on a north northeast track at about 9 mph, leaving behind extensive power outages.

As for Cristobal wannabe, the area of thunderstorms 800 miles east of the Lesser Antilles has become less organized during the day, and the likelihood of tropical depression development has decreased.
Posted by Steve Scolnik at 5:00 PM No comments:

5 pm Update: The center of Tropical Storm Bertha has now passed by Bermuda and is located about 65 miles northeast of the island. The strongest winds, however, will be moving over the area in the next couple of hours. Maximum winds are 70 mph, and the storm is moving north at a slightly faster pace, about 9 mph.

3 pm Update: A reconnaissance flight has found near hurricane-force winds in a rainband to the southwest of the center of Tropical Storm Bertha. This band will be moving over Bermuda in the next couple of hours, so the Tropical Storm Warning for the island has been extended to a Hurricane Watch. Winds have gusted as high as 68 mph at the airport.

Tropical Storm Bertha, with maximum winds of 65 mph, is moving northward at 7 mph as of 11 am this morning. The center of the storm is about 60 miles east southeast of Bermuda, with tropical storm force winds extending outward up to 140 miles. The Tropical Storm Warning remains in effect for Bermuda. Winds at Wade International Airport are currently 31 mph, gusting to 46 mph. Gusts as high as 55 mph have been reported. Elsewhere on the island, winds in excess of 60 mph have been observed. Several airlines have cancelled departures today.

The tropical wave which is now about 1300 miles east of the Lesser Antilles is becoming more organized, and it could become a tropical depression at any time in the next day or so. If it becomes named, it would be called Tropical Storm Cristobal.
Posted by Steve Scolnik at 11:45 AM No comments:

Bertha Bogs Down, Nears Another Record

Hurricane Bertha has diminished both in strength and forward motion over the weekend. It's now a tropical storm with maximum winds of 65 mph. After some meandering, Tropical Storm Bertha is now drifting generally north northwest at about 3 mph. The 11 pm position is about 160 miles southeast of Bermuda. A Tropical Storm Warning is in effect for the island. The storm's passage slightly to the east is likely to bring some much-needed rain; as much as 2-4" could fall from the outer bands of the storm.

Meanwhile, an area of disturbed weather associated with a tropical wave far out in the Atlantic, about 1500 miles east of the Windward Islands, is under favorable conditions for development. It could easily become tropically depressed at any time in the next couple of days.
Posted by Steve Scolnik at 11:00 PM No comments: