The Weekday program on KUOW radio in Seattle today had a discussion of the disagreement between many broadcast meteorologists and climatologists on the subject of global warming.

The participants:
Posted by Steve Scolnik at 10:13 PM No comments: 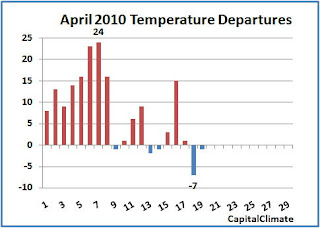 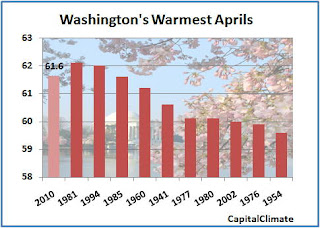 April 21 Midnight Update: Today's temperatures: The high and low were within less than 2 hours of each other (9:20 and 11:06 pm, respectively). This month drops to fourth place, behind 1985.

April 20 PM Update: Today's temperatures: Original post:
Following the coldest day of the month on Sunday the 18th and a slightly below normal Monday, Washington's average temperature for April has dropped to 61.8°. This makes April 2010 the third warmest April so far, behind 1981 and 1994. Near average temperatures forecast the rest of this week will likely further erode the month-to-date average.
Posted by Steve Scolnik at 6:02 PM No comments: 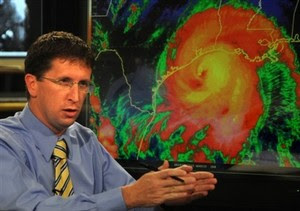