A Half Century of Climate Change: Personal Perspective

I aspire to be "a man who knows that the world is not given by his fathers, but borrowed from his children" [Wendell Berry].

CO2 is a colorless, odorless gas. At 0.04% of the total atmosphere, it might seem insignificant. What does this have to do with a 50th reunion? Actually, it enables our existence and ability to celebrate this occasion. Understanding it also had a profound impact on my own life so far.

Almost a century before we were born, in 1859, John Tyndall discovered that CO2 and water vapor absorb heat (infrared radiation). Paraphrasing Tyndall:


The atmosphere admits of the entrance of the solar heat, but greenhouse gases check its exit; and the result is a tendency to accumulate heat at the surface of the planet.


Otherwise, Earth would be a lifeless ice ball with an average temperature below –19°C/-2°F.
With each decade since 1968, climate science research has become more conclusive, but U.S. national policy reaction has become more resistive. Shortly after our 10th reunion, a National Academy of Sciences report (1979) concluded that increasing atmospheric CO2 would likely cause climate changes. In the summer of our 20th reunion in 1988, NASA scientist James Hansen confirmed that observations showed human activity was in fact increasing global temperatures. In the 30th reunion year of 1998, Yale PhD Michael Mann published the famous "hockey stick" graph that showed an unprecedented rise in global temperatures over the last century compared to the previous millennium. The Kyoto Protocol to reduce greenhouse gas emissions was also adopted that year, but the U.S. Senate rejected it. While 35th reunion classmates celebrated with White House selfies, yet another decade was squandered as a presidential administration run by fossil fuel advocates actively worked to suppress climate research and its policy implications. In the latest decade, the Paris climate agreement pledged 195 countries to non-binding targets for reducing greenhouse gas emissions, but the U.S. repudiated it in 2017.

Yale’s role in my involvement with the climate issue was tangential, but tangible. Far more important than long-forgotten math theorems were the critical thinking skills sharpened through rigorous study of subjects as varied as: history of the novel, causes of the Civil War, roots of tragedy and comedy (food, sex, and money!).

My interest in weather, math/physics major, and threat of the draft led to a NOAA Corps commission in 1969. I spent a year of that service programming weather models at the National Weather Service (NWS). Following my meteorology MS at MIT in 1974, I returned to NWS for 5 years, before wandering off to the computer industry at IBM and AOL. Through the miracle of stock options, I retired early and taught computer programming at the University of Maryland. After the internet bubble burst, I rediscovered my first love of weather by blogging on local weather and climate. I have become more concerned with climate science and policy the more I learned.

Every decade that passes without major CO2 emissions reduction makes the climate change problem more difficult. I'm trying to communicate this issue (twitter.com/capital_climate) for the benefit of my daughter (Duke '00), son (Yale '03), and granddaughter (Yale '38?). What are we doing to preserve the world we’ve borrowed from the children and grandchildren we all cherish and those yet unborn? 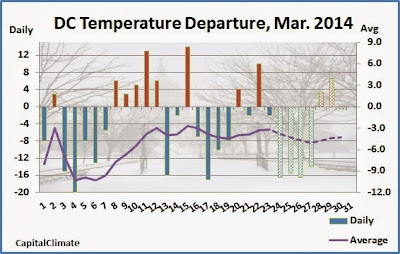 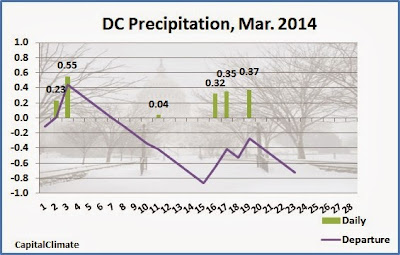 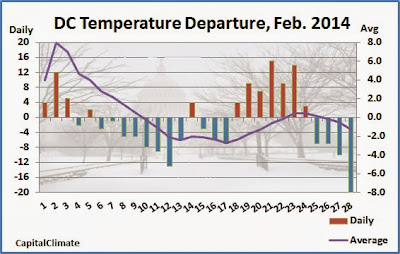 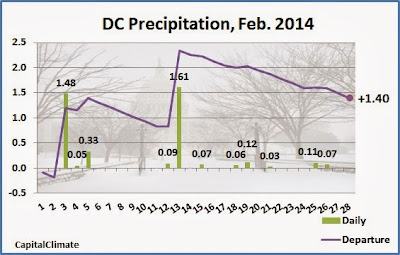 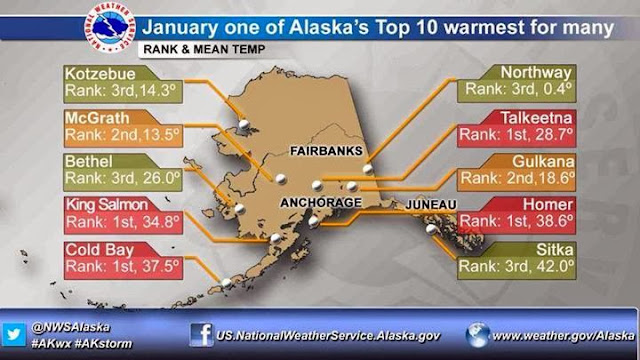 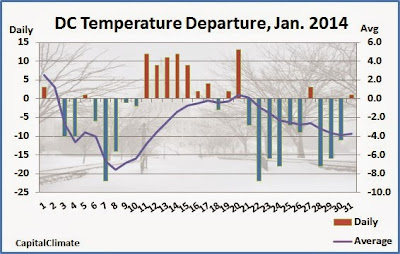 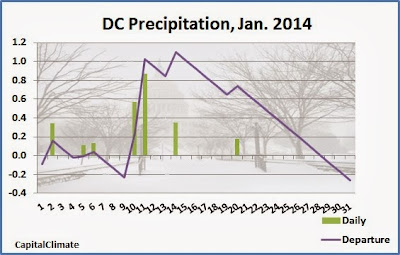 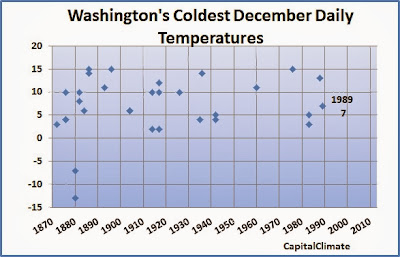 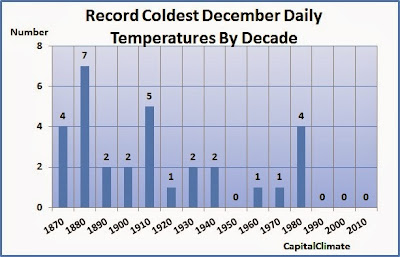