Many heat records were tied or broken across the South on Wednesday, June 24, particularly in Texas and Louisiana. This includes a new June all-time high for Houston:In New Orleans, the Times-Picayune reported:
"Mercury hits 104 in New Orleans, hottest day ever".

CNBC had a discussion this morning on "Investing in Clean Energy Stocks" without extreme volatility:

June 24 Update: Apalachicola tied the June monthly record for the third consecutive day on Tuesday. Another day of record heat on Tuesday, June 23, included at least one all-time June record: Also, on Monday:
Posted by Steve Scolnik at 1:04 AM No comments:

9 pm Update: All-time record at Vero Beach: Original post:
Reports are coming in of another day of record-setting heat in Florida:
Posted by Steve Scolnik at 5:40 PM No comments:

The National Climatic Data Center reports the following number of daily high temperature records, including Co-op stations: Dothan, Alabama broke its record on both days by 3°, with highs of 102° and 103°. The period of record in Dothan is 69 years, and the previous records were both set in 2006.

There were 4 triple-digit records in Florida on Sunday: The Apalachicola reading ties the highest June temperature in 77 years of record. Tallahassee's 103° on Saturday also tied its June record.

Posted by Steve Scolnik at 12:42 PM No comments:

A number of daily record temperatures were set or tied in the Southeast U.S. over the weekend (June 20 and 21). From the National Weather Service:
Posted by Steve Scolnik at 1:14 AM No comments: 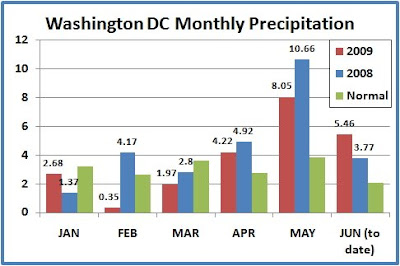 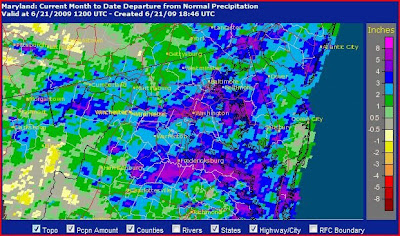 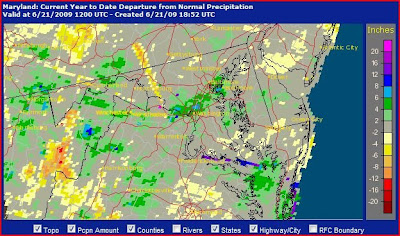