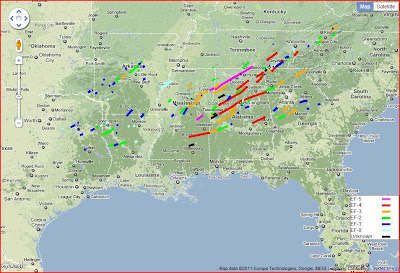 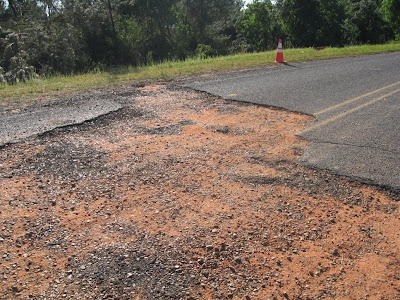 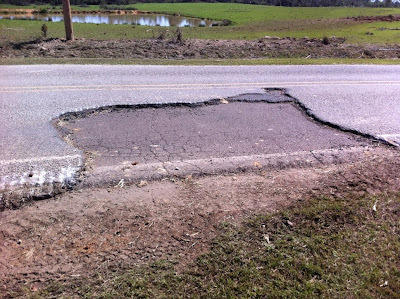 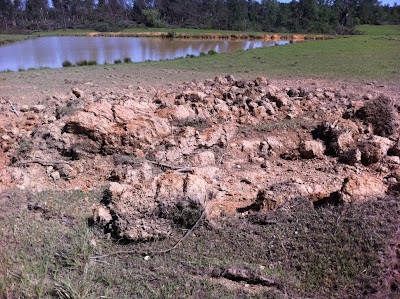 Images (click to enlarge): Preliminary April 25-28 tornado tracks as of May 6, pavement and turf gouging from the Neshoba County, Mississippi EF-5 tornado, from NWS

As the painstaking work of surveying the damage from the record tornado outbreak continues, the National Weather Service (NWS) announced this afternoon that a second Mississippi tornado on April 27 has been upgraded to EF-5 intensity. The new evaluation of the Neshoba/Noxubee County storm was based on analysis of extraordinary ground damage consistent with EF-5 strength winds: Large sections of sod and asphalt paving were literally ripped out of the ground.

This was the first EF-5 tornado in the area covered by the Jackson, Mississippi NWS office in over 40 years, since Feb. 21, 1971. Along with the previously identified Smithville EF-5, this was the first time since tornado records began that 2 EF-5 tornadoes have been observed in Mississippi on the same day. This also brings to 3 the number of EF-5 storms in the record outbreak of April 25-28, with about two-thirds of the storms surveyed so far.

The total number of confirmed tornadoes in the Jackson region now stands at 31, with The NWS reports:
Posted by Steve Scolnik at 11:42 PM No comments: