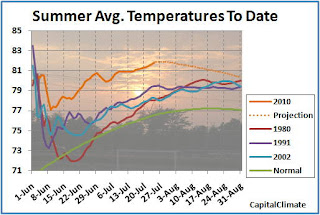 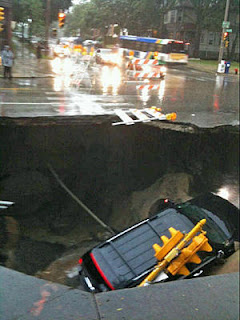 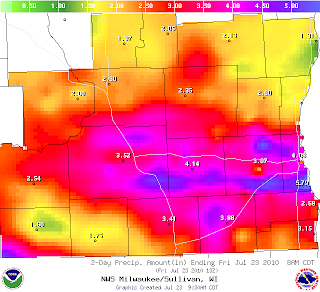 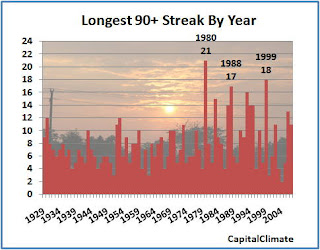 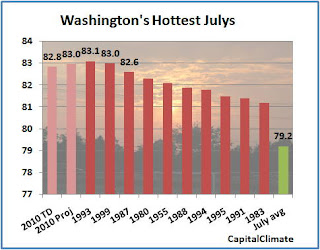 Meanwhile, the July monthly average continues to increase as well, standing now at 82.6° (2010TD on the chart), tied with 1987 for third hottest July. Projections based on the next 7 days of forecasts and climatology would keep the final monthly average at the same value (within rounding error).
Posted by Steve Scolnik at 1:49 PM No comments: 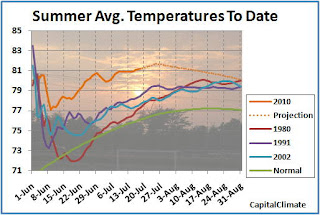