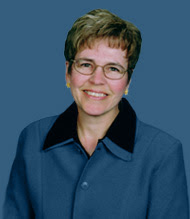 President-elect Barack Obama has selected two of the nation's most prominent scientific advocates for a vigorous response to climate change to serve in his administration's top ranks, according to sources, sending the strongest signal yet that he will reverse Bush administration policies on energy and global warming.

Jane Lubchenco is expected to be announced as the nominee for NOAA Administrator on Saturday, along with Harvard's John Holdren as presidential science adviser.

Original post:
After former NOAA Administrator Lautenbacher has taken the revolving door to a position on the AccuWeather board of directors, ClimateScience Watch has a pointer to an entry on the WaPo's transition blog. The post by Juliet Eilperin reports that "several sources confirmed today that [Jane] Lubchenco had been picked and was headed to Chicago for the upcoming announcement" of her appointment by President-Elect Obama as NOAA Administrator. Oregon State University professor of marine biology Lubchenco is "a conservationist who has devoted much of her career to encouraging scientists to become more engaged in public policy debates [and] is also a vocal proponent of curbing greenhouse gases linked to global warming."

In a sign of how pathetic an oxymoron "government science" has become under the current administration of Know-Nothings, Eilperin's post quotes University of New Hampshire professor of natural resources and the environment Andrew Rosenberg as asking, "When has NOAA been headed by a member of the National Academy and a fellow of the Royal Society?" In fact, Dr. Robert M. White, the first NOAA Administrator, is a PhD meteorologist who had previously headed the old Weather Bureau during probably its most rapid period of technological advancement. He was later president of the National Academy of Engineering from 1983 to 1995 and a member of the French Legion of Honor and the Academies of Engineering in Japan, the UK and Australia.
Posted by Steve Scolnik at 6:01 PM No comments:

The official January 2009 weather outlook, released today by NOAA's Climate Prediction Center, indicates at least an equal chance of above average temperatures for the entire contiguous 48 states of the U.S. For the Mid Atlantic region, including the Washington, DC, area, chances are 33-40% for above-average temperatures for the month. While it's still too early for a specific January 20 forecast, the likelihood of a mild Inauguration Day has improved.

With a little over a month to go, it's still too early to make a specific weather forecast for the Presidential Inauguration on January 20. In the meantime, however, here's a contrary indicator for cold weather from Monday's WaPo business section:

When a Coat Rack Is a Peacekeeper

Remembering the coat check chaos that erupted at President Reagan's coldest-ever inaugural in 1985, hotels and other venues have stocked up on hundreds of additional coat racks and thousands of coat hangers.

For what it's worth, despite a cold start, December here in the Nation's Capital is now averaging just 1.2° below the long-term "normal" with only a trace of snow so far. Stay tuned for more information as the weather crystal ball becomes less murky.

For inauguration weather background, see these previous posts:
Posted by Steve Scolnik at 3:30 PM No comments: