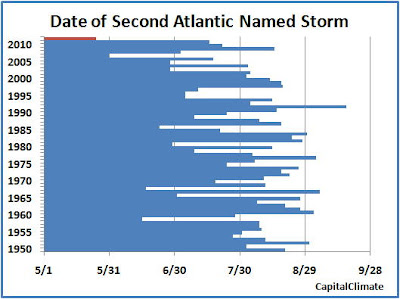 May 26, 5 PM Update: The chart shows the date of formation for the second named Atlantic tropical cyclone of the season from 1950 through 2012. The average date through 2011 was August 1, so Beryl is nearly 10 weeks earlier than average.

Original post:
Although it's a hybrid subtropical storm, Beryl, which was named late Friday evening (May 25), is the earliest second storm of the tropical season on record in the Atlantic basin since names were assigned beginning in 1950. The previous earliest, and only other second storm as early as May, was Barry in 2007. Although it originated on May 31, Barry didn't reach tropical storm force until June 1. Prior to Barry, the earliest was Beulah on June 15, 1959. The latest was Bonnie on September 17, 1992.
Posted by Steve Scolnik at 9:17 AM No comments: 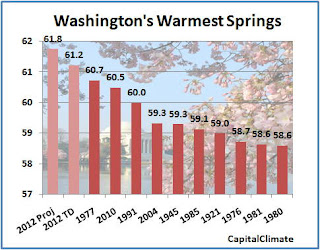 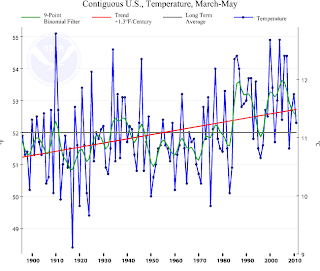 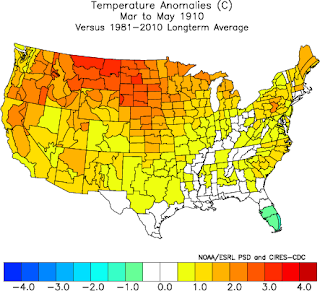 In 1910, these extremes were primarily limited to the Dakotas, extreme northeastern Minnesota, Montana, and half of Oregon, while the southern half of Florida was more than 1° below average.
Posted by Steve Scolnik at 1:16 PM 2 comments: