The focus of record-breaking rainfall shifted southward to central California on Friday. At downtown San Francisco, where climate records began in 1850, the 1.39" broke a 133-year-old record for November 30 of 1.38" in 1879. (The airport's 1.96" failed to reach the record of 2.39" in 1973, however.) Other record rainfall amounts in the region (previous record and date in parentheses): The 2.17" at Santa Rosa was also a record, but climate data there began only in 1998. Records also extended inland. The National Weather Service reports:
Posted by Steve Scolnik at 4:52 PM No comments:

Other record reports from the National Weather Service: Original post:
The heavy rains pounding the Pacific Coast have already set daily records at several locations in northern California and Oregon as of early this evening. The National Weather Service reports: Since that report was issued at 4 pm local time, over one and a half inches of additional rain has been unofficially reported. Crescent City climate records began in 1894. 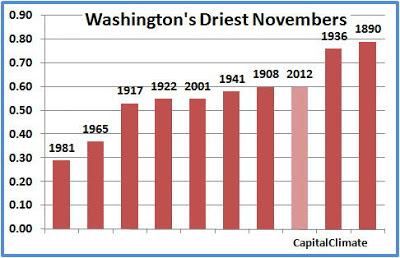 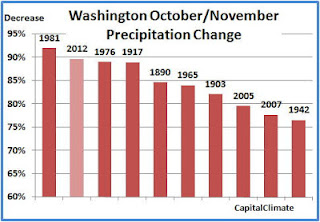 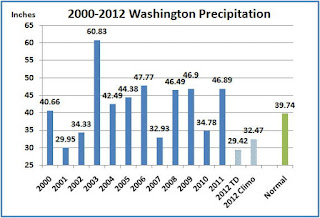 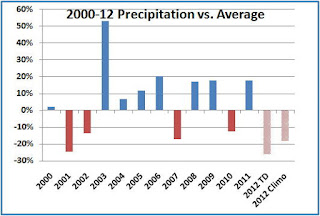 
Posted by Steve Scolnik at 6:05 PM No comments: