Meanwhile, the Tropical Meteorology Project at Colorado State University released their updated hurricane season forecast yesterday. They expect an active October, with 3 named storms, 2 of which would be hurricanes, with 1 of them major (Category 3 or higher). So far this season, there have been a total of 12 named storms, including 6 hurricanes, 3 of which were major. 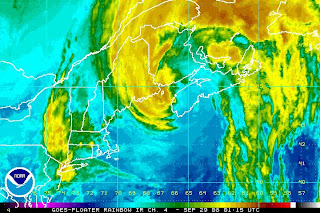 Maximum winds are still estimated at 70 mph, and tropical storm winds extend as much as 240 miles from the center. At 11 pm, the center of the storm was located 60 miles south of St. John, New Brunswick, moving north at 26 mph.

The Rain in Maine is Plainly on the Gain

Here are some Maine rainfall totals from Hurricane Kyle through mid-morning on Sunday, ranging as high as 6.60" in Hancock County: 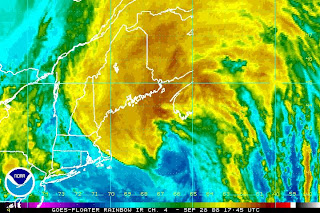