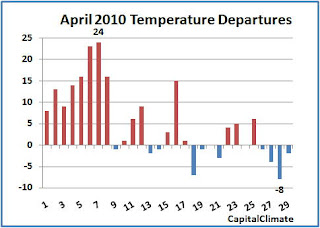 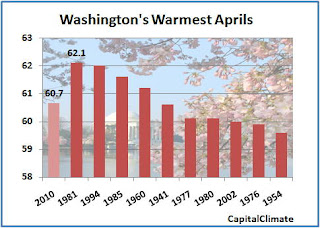 Original post:
Heading into the final week of April, the Washington DC monthly average temperature remains in the handful (7 times in the last 140 years) of years above 60°. The average so far of 61.4° is the fourth warmest in history. In order for the monthly mean to drop below 60°, this week would have to average below 53°.
Posted by Steve Scolnik at 11:51 AM 3 comments: