May 15 is the opening day of the Eastern Pacific hurricane season. Since many storms in this region do not threaten land, the extent of activity was not fully realized until the satellite observation era. On average, there are 15 tropical storms and 9 hurricanes per year in the North Pacific east of 140 west longitude. The list of storm names for this season is: The National Hurricane Center will be making several changes this season in tropical storm reporting: The Atlantic season will begin in 2 weeks, on June 1.

CapitalClimate provides a number of links to national, local, and international tropical storm information in the list to the left titled "Tropical Topics". Discussions of significant storms will be provided in blog posts as appropriate during the hurricane season. 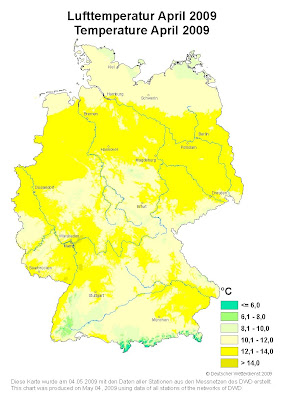 Images (click to enlarge):
From NCDC/NOAA: From Australian Bureau of Meteorology: From UK Met Office: From Deutscher Wetterdienst:
Posted by Steve Scolnik at 4:30 PM No comments: