As the Climate Capitalist noted at the time, record snowfalls in the UK in early February were being highly touted in the climate deniosphere. Here's a follow-up you're not likely to see any time soon on those blogs. The April issue of the Royal Meteorological Society's Weather magazine has just arrived on this side of the pond with an article, "February 2009 Cold and wintry first half; mild, cloudy, but dry second half" (subscription required). Regarding the snow:

The first ten days of February were mostly cold and unsettled with frequent and widespread snow. Overnight on the 1st/2nd snow fell across most eastern, central and southern districts, and was particularly heavy in London, west Kent, Surrey and northeast Hampshire; Wisley (Surrey) reported 41cm level snow, and Epsom Downs (also Surrey) 39cm, and 12–15cm lay in central London. Further heavy snow affected southwest England, Wales, the Midlands and eastern England on both the 4th/5th and the 6th, and also northern and eastern Scotland on the 6th/7th; aggregate depths of 20–30cm were widely reported in these regions.

The mild second half offset the cold first half, and mean monthly temperature was within 1degC of the long-term average throughout the country. The heavy snow and rain in the opening days of the month over southern England made it a wet month here – even though less than 2mm fell in places between the 10th and the 28th; it was an exceptionally dry month in western Britain and Northern Ireland.

Wassup with that, IceCrappers and other A.S.S. blogs? When will we see you publish the full story? Do we have to wait until Hell freezes over?

Image (click to enlarge): UK winter 2008-09 temperature departure from average from UK Met Office via Royal Meteorological Society
Posted by Steve Scolnik at 2:00 AM No comments: 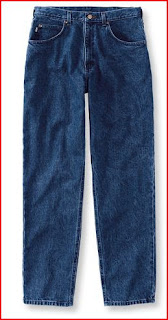 Original post:
How can you tell when George "F" Will is spouting trash about climate science? His quill pen is in his writing hand. Apparently that isn't the only part of Will's anatomy still residing in another century: His pants are too tight.

Oh, and he didn't even get the correct name of the organization he misquoted on Arctic ice extent.

Image (click to enlarge): L.L. Bean Natural Fit jeans. Try 'em out G-Dub; they're very comfortable, even if the only exercise you get is sharpening your quill pen. They are made by illegal immigrants in Mexico, however.

Posted by Steve Scolnik at 8:30 PM No comments: 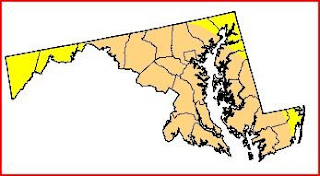 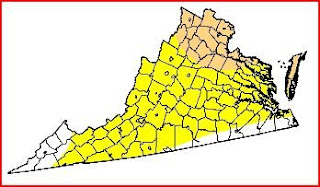 Posted by Steve Scolnik at 10:11 AM No comments:

The National Climatic Data Center (NCDC) today released their preliminary analysis for March 2009. It shows that the global average temperature for the month was the 10th warmest on record. The first quarter of 2009, January-March, was the 8th warmest.

The warmest regions during March were Mexico, Europe, most of Asia, South America, and large portions of the contiguous United States. On the other hand, the north central and northwestern U.S., southern Canada, southern Alaska, and central Russia were cooler than average.

The equatorial Pacific was in a cold (La Niña) phase of the El Niño-Southern Oscillation (ENSO), although some warming took place in a portion of the region. Sea surface temperatures were warmer than average in the northern Indian and western Pacific oceans, and most of the southern and northern Atlantic Ocean.

Average Northern Hemisphere snow cover for March was the 12th lowest in the 43 years since satellite observation began in 1967. The contiguous U.S. observed several severe winter storms during the month, with 20 new all-time snowfall records, 84 new monthly records, and 1,053 new daily records being set. For North America overall, however, the snow extent was near average.