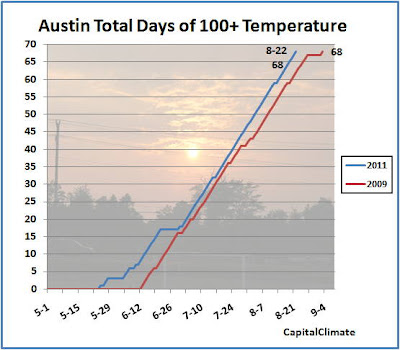 Highs of at least 103° are forecast for the next 7 days as well, which would bring the total to 60.
Posted by Steve Scolnik at 4:30 PM