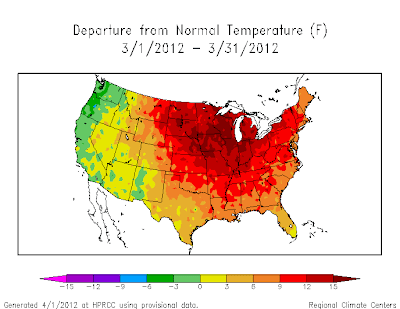 April 1 Update: No April Fooling, the high monthly average temperature records are confirmed by the preliminary March climate summaries. These are all double-digit departures from normal, and in the case of Chicago and Minneapolis, they are in excess of 15°: 9 PM Update: Corrected historical data from the National Weather Service shows that the March 1945 average was 56.2°, so the Washington record was actually broken by 0.6°.

Original post:
As noted in earlier posts, all-time March monthly average temperature records were being broken over a wide area of the eastern and central U.S. Preliminary National Weather Service reports through this afternoon confirm that records were broken by wide margins at such major cities as Washington, Albany, Chicago, and Minneapolis. The records were each broken by over 1°; in the case of Chicago, it was by the incredible amount of nearly 5°. Thanks to a cloudy, damp March 31, New York missed the record by a small margin. The story in CapitalClimate charts from National Weather Service data: 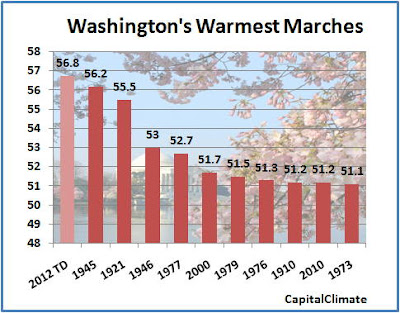 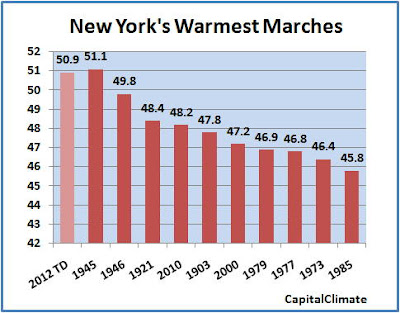 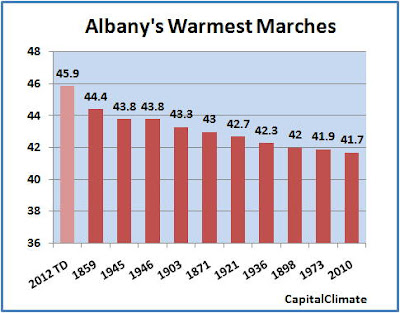 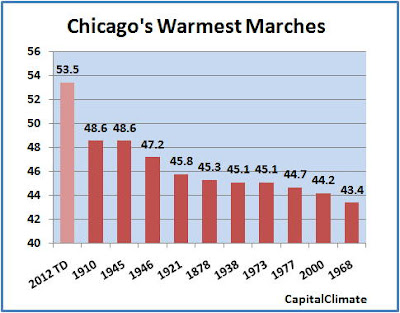 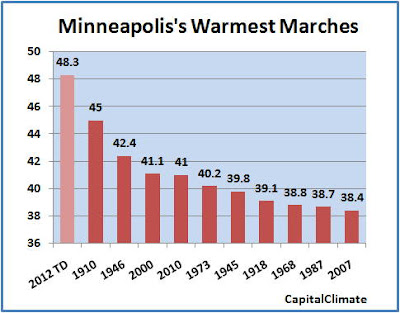 Posted by Steve Scolnik at 6:50 PM