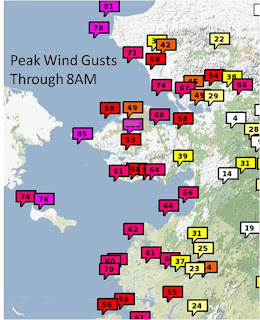 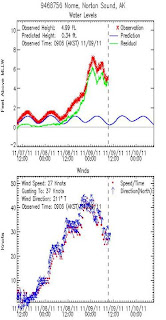 The storm moved over the northeastern tip of Russia early this morning with a minimum barometric pressure of 946 mb., heading into the Chukchi Sea. This makes it "one of the deepest systems in recent history to move through the Bering Sea."

Other peak wind reports (mph) include: