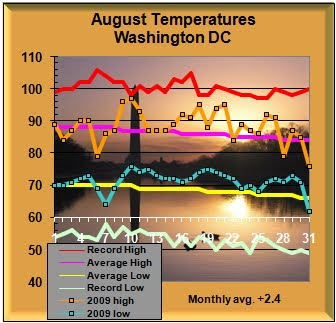 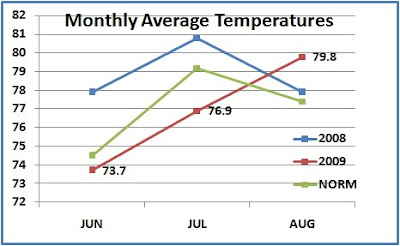 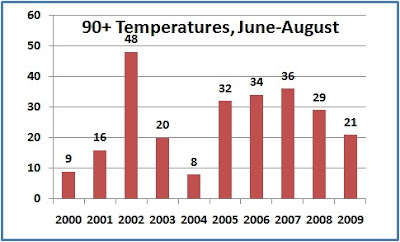 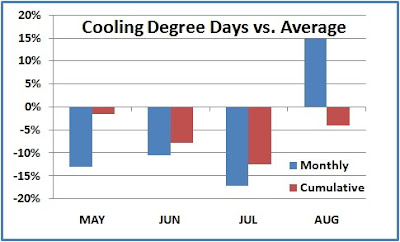 Monthly highs and lows were (normals in parentheses): Air conditioning bills were aided by the cool temperatures early in the season. Cooling degree days were as much as 17% below average in July, but the nearly 15% above average amount in August brought the cumulative seasonal total to exactly 4% below average. Monthly degree day totals were:
Posted by Steve Scolnik at 2:00 PM