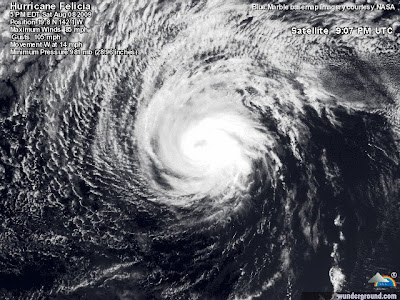 Interests in Hawaii are advised to monitor the progress of the storm. The National Weather Service in Honolulu has issued a flood potential outlook for the state: The Honolulu Advertiser and Star-Bulletin report that sales of emergency supplies have been brisk across the state, and government officials are preparing plans to deal with possible storm impacts.
Posted by Steve Scolnik at 1:15 PM