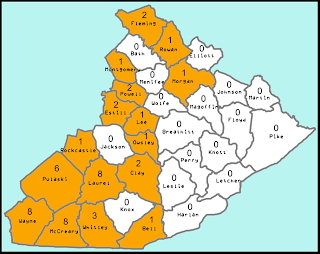 Image (click to enlarge): Number of tornadoes F2/EF2 or higher intensity by county in eastern Kentucky, 1950-2011, from NWS
Posted by Steve Scolnik at 6:35 PM