Mid-August Update: Oklahoma on Track for Hottest Summer on Record 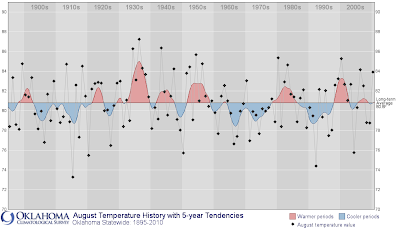 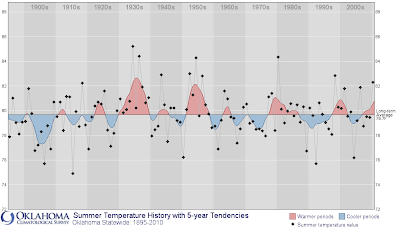 With 2 weeks left to go in meteorological summer, the Oklahoma Mesonet reports that the state is on track to record its hottest summer in climate history, dating back to 1895:
Posted by Steve Scolnik at 2:07 PM