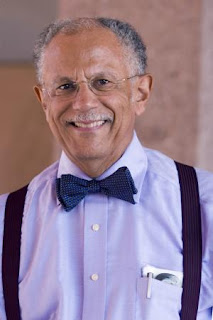 The White House announced today that climate scientist Warren Washington of the National Center for Atmospheric Research (NCAR) has been selected as one of the this year's ten recipients of the National Medal of Science, one of the "the highest honors bestowed by the United States government on scientists, engineers, and inventors."

A statement by NCAR reported:

Washington is an internationally recognized expert on atmospheric science and climate research and a pioneer in using computer models, which employ fundamental laws of physics to predict future states of the atmosphere, to study Earth’s climate. He has served as a science advisor to former presidents Carter, Reagan, George H. W. Bush, Clinton, and George W. Bush, published almost 200 papers in professional journals, and garnered dozens of national and international awards. He also served on the National Science Board for 12 years and was its chair for 2002 to 2006.

Washington became one of the first developers of groundbreaking atmospheric computer models in collaboration with his colleague, Akira Kasahara, when he came to NCAR in the early 1960s. With support from NSF and the Department of Energy, Washington subsequently worked to incorporate the oceans and sea ice into climate models. Such models were used extensively in the 2007 assessment by the Intergovernmental Panel on Climate Change, for which Washington and a number of scientists at NCAR and around the world shared the 2007 Nobel Peace Prize.