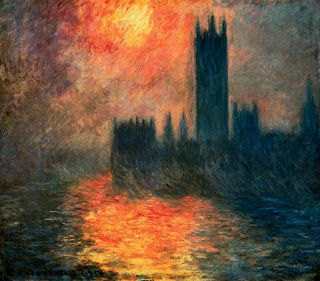 A dispatch from the WaPo Foreign Service in today's carbon-based edition (A18, if you're keeping score at home) notes that In Cleanup Effort, Beijing Moved Factories to Clog Air Elsewhere.

Climate Progress points out that a cover package of four articles, a news item, "Will Beijing's Dirty Air Hurt Performance?", and an editorial (free access with registration) in last week's Science magazine on "China's Environmental Challenges", like most general media coverage, completely neglects the longer-term problem of greenhouse gas emissions and their effect on climate.

By contrast, however, IEEE Spectrum featured "China Doubles Wind Watts" in May:

Its fleet of wind turbines more than doubled in generating capacity in 2007, surging by over 3 gigawatts, according to the Global Wind Energy Council. That's less power capacity than China's coal sector adds per week, but it's enough to make China the third-fastest-growing wind market worldwide (behind the United States and Spain) and propel it to fifth place in the Global Wind Energy Council's annual capacity rankings (ahead of even wind-energy pioneer Denmark).

The June issue contained the article, "How to Build a Green City", about the plans for the development of Dongtan, "the world’s first eco-city" on an island off Shanghai.

A recent story by BBC News Magazine, "The filthy air conundrum", examines the tradeoffs between short-term pollution fixes and long-term solutions. It also contrasts the Beijing situation with the London Great Smog of 1952, which is estimated to have killed 4000 people. (A tip of the Rabett ears to the sly perfesser for pointing out the analogy to the late 19th century London pollution depicted in Monet's paintings. Now how about a listing in your blog roll, since the other Capital guys have virtually abandoned climate coverage for 24x7 local weather?)

Here's an interesting link from the smogo-blogosphere: The HoChro's Sports Update blog has a special archive section just for Olympics smog. Maybe it's to make Houston's oppressive heat and humidity seem more bearable?