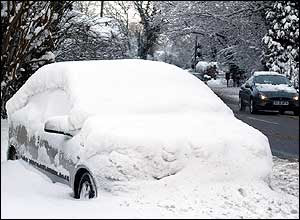 Image: An abandoned car covered in snow in Kent, southern England, from BBC
Posted by Steve Scolnik at 1:45 PM