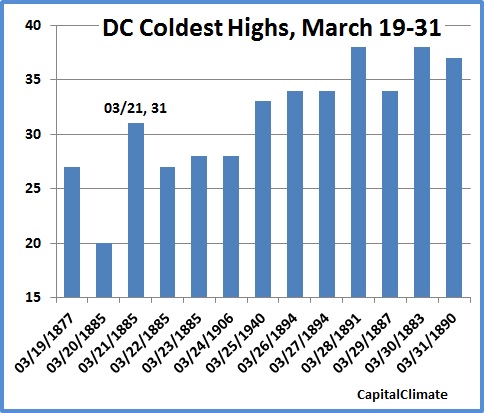 Posted by Steve Scolnik at 9:55 PM

So, the Coldest March in decades is nothing much, but a winter was nowhere Near as warm as past winters have been, is proof of 'man0made' global warming?