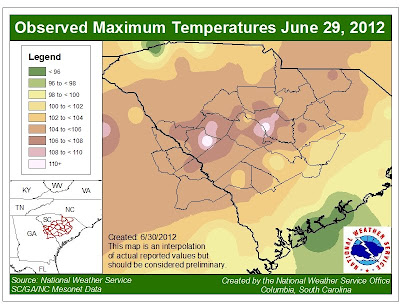 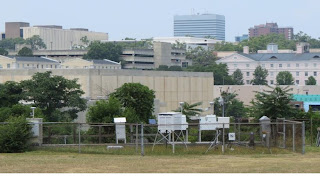 The South Carolina State Climatologist announced today that the temperature of 113°F observed at Columbia on June 29, 2012 has been officially confirmed as a new all-time record high temperature for the state.

Here are some other South Carolina high temperature reports for June 29, from the National Weather Service:
Posted by Steve Scolnik at 4:08 PM