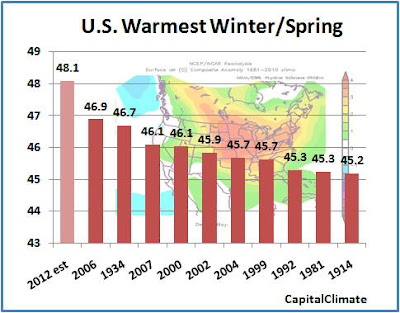 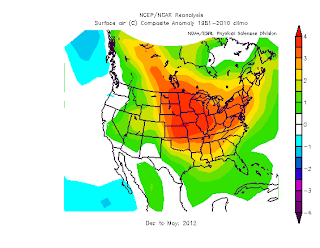 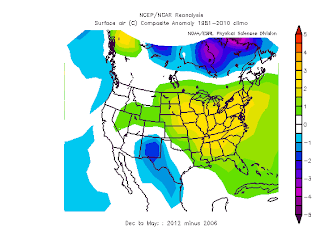 The charts to the right (click to enlarge), from the NOAA Earth System Research Laboratory, show the December 2011 to May 2012 average temperature departure from the 1981-2010 climatology and the difference between the 2011-12 average and the corresponding months for 2005-06.
Posted by Steve Scolnik at 10:19 PM