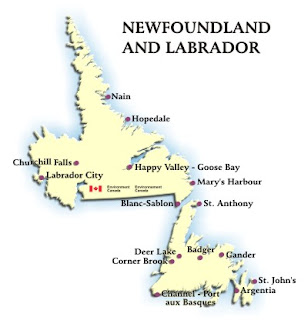 CBC News reports online that western Labrador received a dusting of wet snow early on Thursday. The mixed light rain and snow that fell during the early morning hours at Labrador City in the far western corner of the province amounted to 6.8 mm. The low temperature at Wabush Airport was 0.8°C, compared with a normal of 5°. Light snow mixed with rain beginning at 3 am, and it continued through 10 am, when the precipitation reverted to all rain. (The Wabush observation station is located at an elevation of 551 meters, or about 1700 feet.)

The Weather Network has a gallery of photos submitted by viewers (search for "Labrador snow").