November Warmer Than Average in U. S. 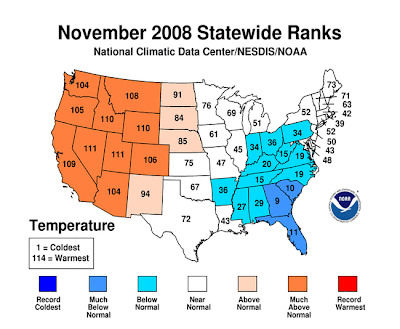 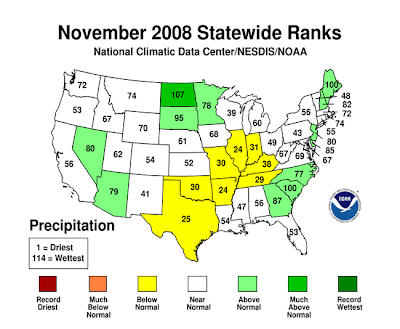 Precipitation averaged 1.93" for the month across the U.S. This was about 10% below the 100-year average. Precipitation highlights:
Posted by Steve Scolnik at 6:09 PM